A day of Heroes 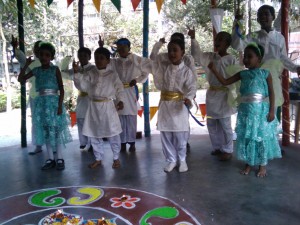 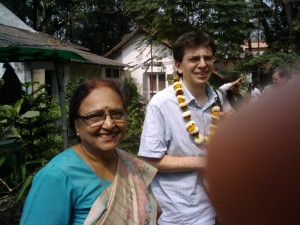 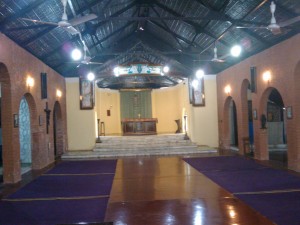 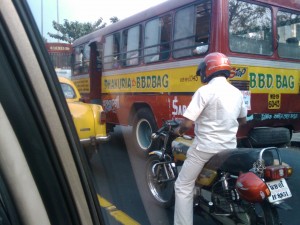 One of the things about life in the Scottish Episcopal Church is that we learn to do a lot with a little – I sometimes refer to it as a ‘loaves and fishes’ operation. But that is nothing to what we saw today. India – in one of its modes – is a bit like Ireland fifty years ago. It seems to be possible for one passionately-committed individual to do anything to which they put their mind – as in ‘I think I’ll start a hospital’. That kind of determined and creative individualism has simply been squeezed out of western society. So it was very refreshing to meet it today – and, as we did so, to find ourselves following in the footsteps of the Archbishop of Canterbury last August.

First stop was the Arunima Hospice – a children’s HIV/Aids Hospice founded and run by Suborata Das. The children sang and danced – more Banks and Braes – and then we met the children and the staff. What is so impressive about people like Suborata is that they are always building towards a vision – always pointing to a scrubby piece of land and telling you what they are going to build there. Not my first visit to a place like this – but I found this one incredibly moving. It’s partly the people – partly the utter simplicity of the surroundings – partly the sophistication of what they are actually doing.

Next door was the Sister Florence College of Nursing. Sister Florence herself was obviously a formidable person as the Times Obituary suggests. Her equally formidable successor was building up a fully-accredited School of Nursing in the most astonishingly limited surroundings.

Then across the road to the Oxford Mission – the Chapel is in the picture – which was set up as a mission of the University of Oxford by ten men who formed a Brotherhood of the Epiphany and sailed to Calcutta in response to a call from the Bishop of Calcutta. Today, the Brothers have gone to their reward – but the work continues in the care of over 100 children, many of them orphans.

And on through the chaos of Kolkata traffic to Mother Theresa’s House. I met her once when she sat down beside me on a flight from Belfast to London – the Sisters of Charity for a short time had a house in Belfast during the early years of the Troubles. It was a fascinating encounter which I shall always remember – particularly seeing her padding off at the end with her simple cloth bag. I’m not sure that she would be very keen on the big, shiny marble tomb where she is remembered. And then we visited the orphanage. I’ve seen other orphanages in other places – the children here were bright, active, noisy and engaged. Some things are simply remarkable.

It’s back to these extraordinary, passionate, faith-ful individuals who simply acknowledge no boundary or limitation on what they can do.