Thinking about Elephants – Thought for the Day – BBC Scotland 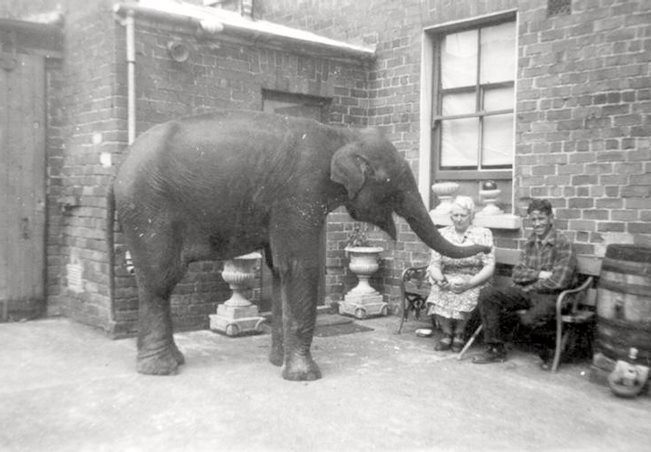 The best story we all knew in Belfast was about the woman who used to take the baby elephant home from the Zoo every evening during the blitz in 1941. In 2009 it was traced to Denise Weston Austin , a keeper at the zoo. She would walk Sheila the baby elephant into her back yard each evening – and back again in the morning.

Now it’s a film called Zoo just released. The charm in the story is its simplicity and humanity. The blitz in Belfast was devastating. Denise found a simple – if slightly eccentric – thing which she could do in the chaos. She looked after the baby elephant

Politics will always be adversarial. That’s how the conflict between competing ideas and visions is resolved. But sometimes the ability of politics to achieve seems to break down – another crunch Brexit cabinet meeting or the efforts of the EU to solve the migration crisis. Not much charm, grace or humour in any of that.

It’s always tempting to think that things were better in the past Maybe they were – the vision and political determination which founded the NHS seventy years ago speak of a different kind of political culture. Sheila the elephant had gone back to the zoo and there was a desire to build a better post-war world.

Values are influenced by time and re-examination. Seventy years has seen society do some critical thinking around equality – about class, gender and sexuality. But there are also aspirational ideas around public service and shared responsibility which we can continue to celebrate and foster.

I think it is time to honour values and indeed spirituality in our public life. More service and less personal ambition – more compassion and less sloganising -more vision which catches the imagination and. warms the heart.