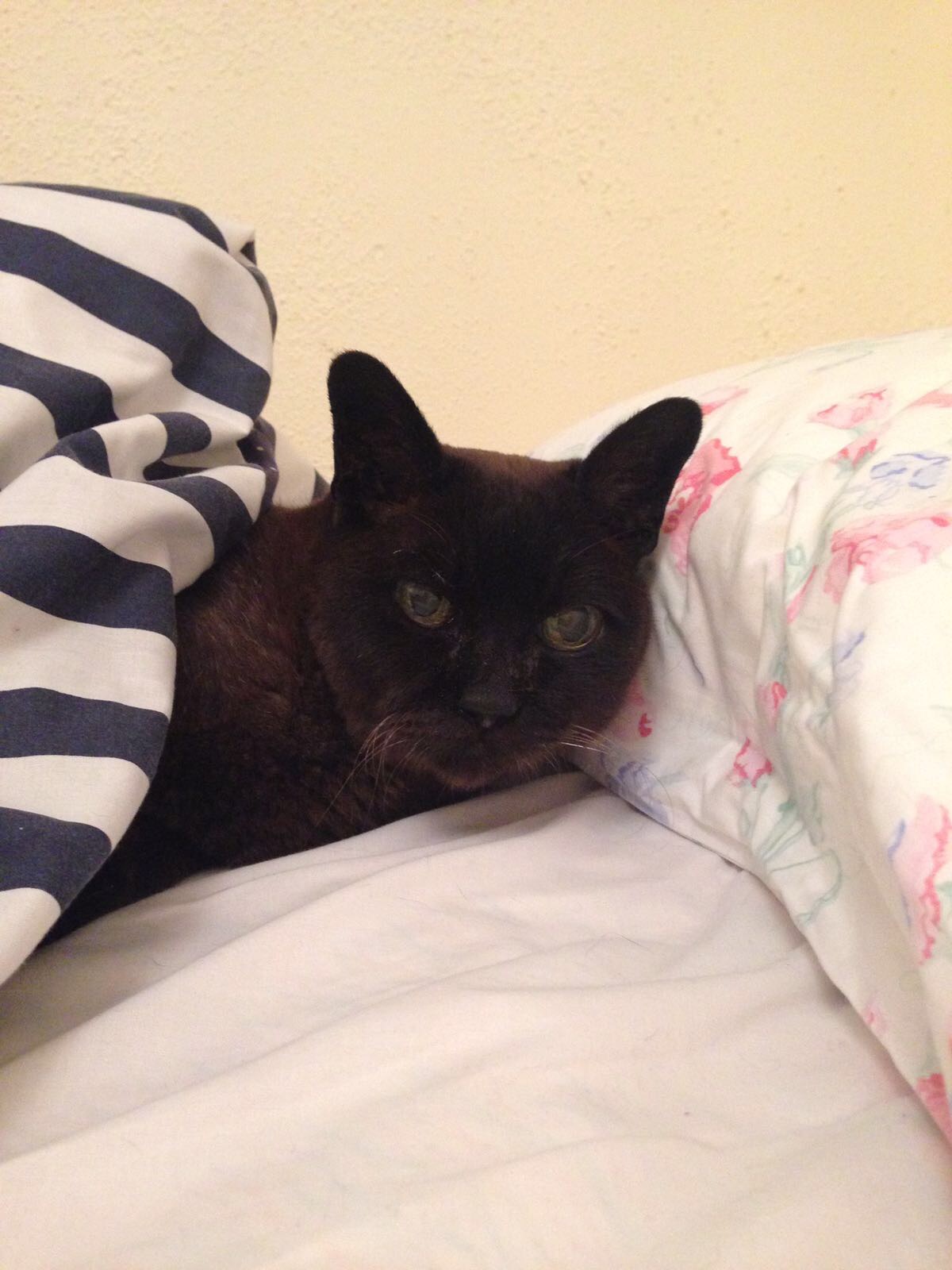 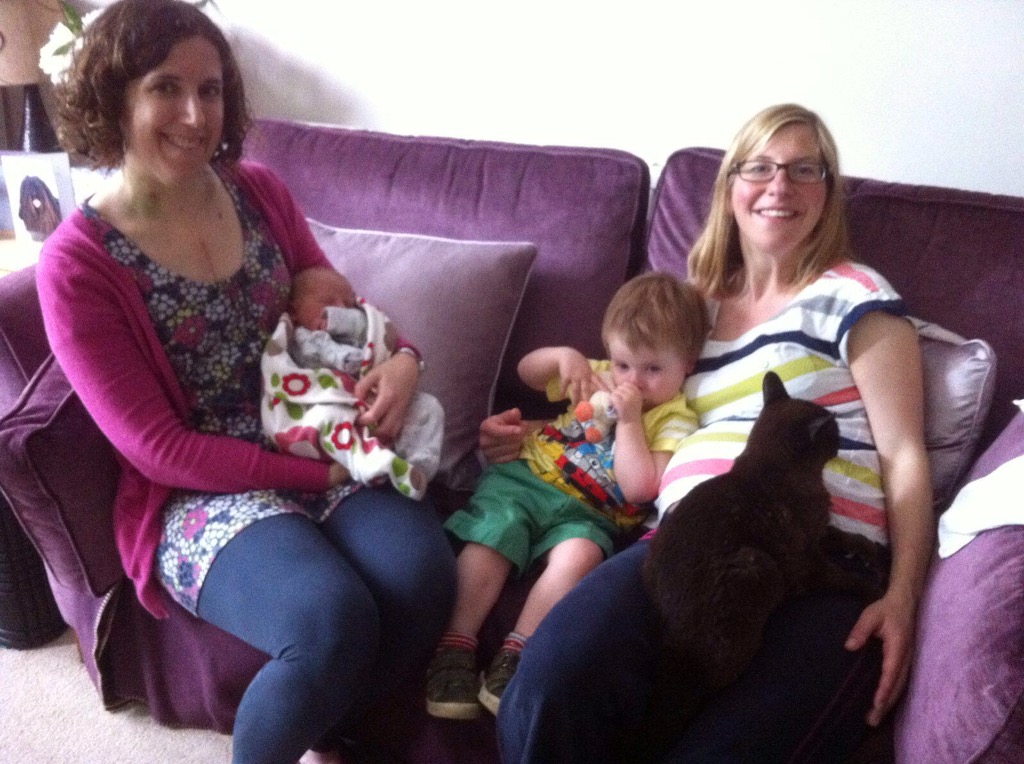 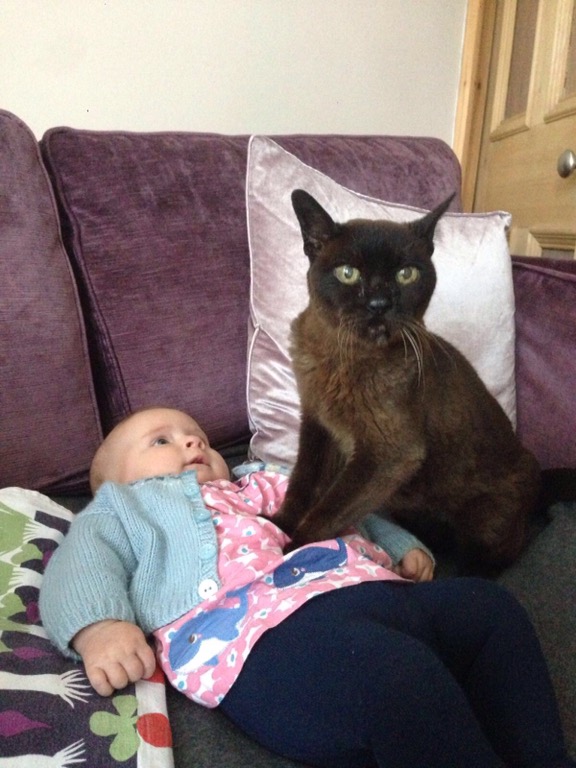 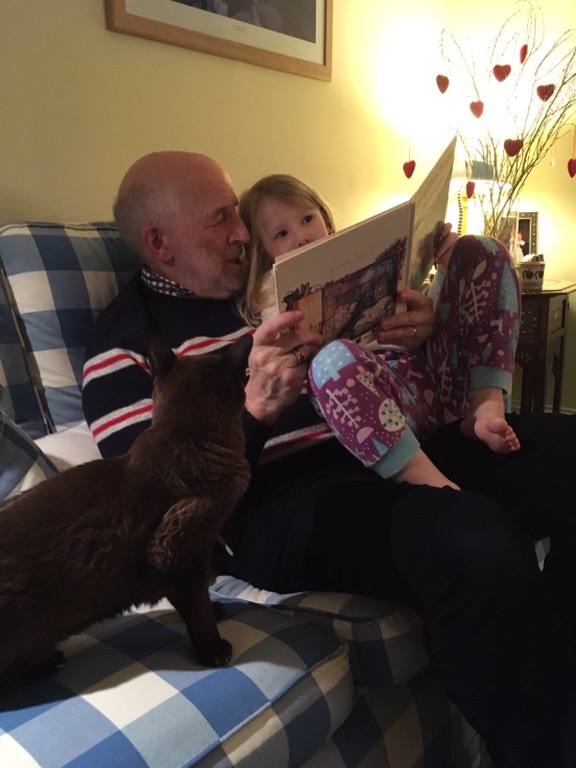 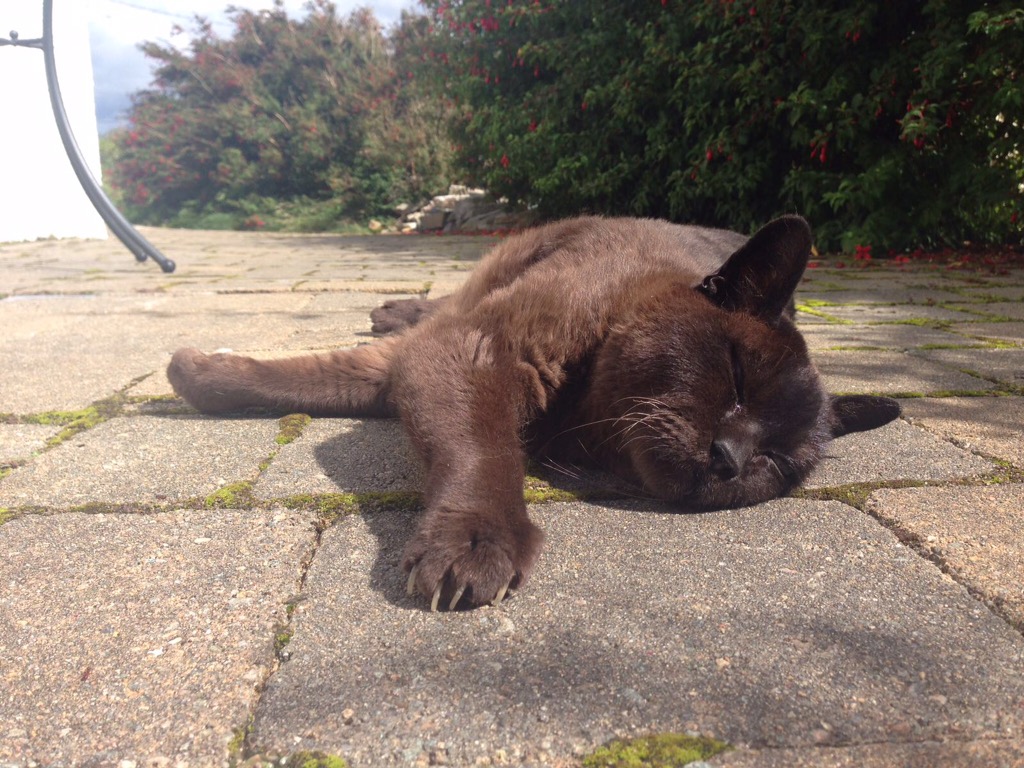 It doesn’t surprise me that people want to talk about the spirituality of pets.  At the remarkable age of 21, Poppy our Brown Burmese cat decided to pre-empt my retirement by staging her own.  She leaves a big space in our lives – and in our Family Room.

She had an extraordinary life.   In the first period, she was the cat of our teenage children and was accompanied by Rollo who was a totally not streetwise Red Burmese.  That had two effects on her life.  Firstly she was entirely mute because he did all the talking for both of them.  And she was a house cat because Rollo couldn’t be let out with any confidence at all.

Rollo died shortly before we left Portadown in 2005.  Because Poppy was, by the standards of Burmese cats, already quite elderly, we decided not to stress Poppy with the introduction of another cat.  So she lived on and on and on in sole feline occupation of Blogstead.

In this phase of our life, she took on diabetes.  Her Personal Physician Harvey uttered the words,  ‘There are very few real emergencies in cat medicine but this is one of  them.’  Approximately 3500 insulin injections later, Poppy decided to move on from diabetes to pancreatitis.  She ate hugely but gained no weight.  And she talked all the time very loudly because she was deaf.  Successive PA’s have got used to a running commentary from Poppy behind the dictation.

Meanwhile she continued to travel – to Edinburgh to stay with Anna when we went travelling – to her second home in Donegal where she was pictured stretched out on the paving under the fuschia hedge on her 20th birthday.

Poppy also embraced the social media revolution, maintaining her own Facebook Page and a wide circle of Facebook friends only some of whom were dogs.

No anger or prejudice – bearing no grudges – faithful and accepting.  No wonder they talk about spirituality.