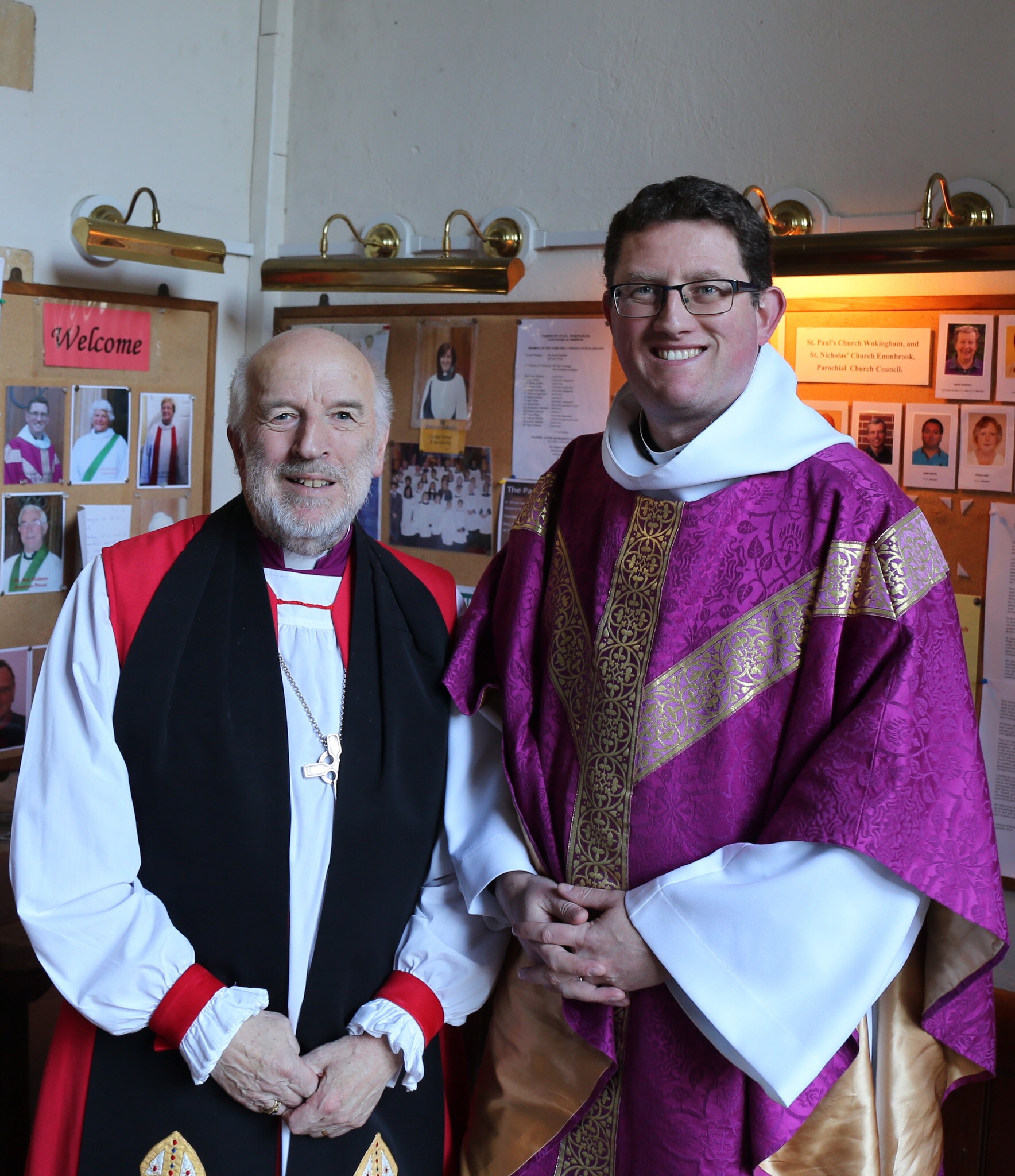 So I enjoyed being with Fr Richard Lamey and his congregation this morning in St Paul’s, Wokingham.  There was a family reason for being there as well.  The  Second Sunday in Advent is Prophets – so this is what I said:

It’s a great pleasure to be here – thank you to Fr Richard for his generous invitation and warm welcome.
I’m here with two purposes.
One is that I represent and bring greetings from the Scottish Episcopal Church. My strange title of Primus is because I am a ‘Primus inter Pares’ – the first among equals of our seven bishops. So I am a collegial leader and not an Archbishop. Some of you will know that the National Church in Scotland is Presbyterian – the Church of Scotland – and the Queen is Presbyterian when she crosses the border. As an episcopal/Anglican church we are unusual – not historically rooted in Canterbury; never an established church. We are sometimes known as the ‘second Kirk of the Scottish Reformation’. We have very close links with American Episcopalians because our bishops consecrated their first bishop, Samuel Seabury, in 1784 after the American Revolution. We are a small church. We tend to be edgy and we are quite buoyant at present,
I’m also here because of family links. David is my wife Alison’s cousin. The threads of those relationships go back to the Church of Ireland community of Southern Ireland – and the story of what happened to them after Irish Partition in 1922. As happens in Ireland families are generationally interwoven. We discovered that my grandfather baptised Alison’s late father who was also David’s Uncle Jack. That’s Ireland.

Two weeks ago we were in the US. After a busy programme, we had a day of tourism in Washington. In the new African American Museum we moved slowly with African Americans who were quietly absorbing the story of the suffering of their forefathers – and with white people like ourselves who were overwhelmed by it. In the end I found myself in front of a screen on which was playing Martin Luther King’s ‘I have a dream’ speech – a speech which he made just outside the door.
I have a dream that my four little children will one day live in a nation where they will not be judged by the colour of their skin but by the content of their character.

Today in the sequence of the four hope-filled Sundays of the Advent season we come to Prophets. The prophet doesn’t simply tell us the future. Rather the prophet speaks forth God’s word into the challenges of the times. The prophet says ‘Thus says the Lord’ regardless of the consequences. It’s the voice which can not and will not be silenced. Sometimes it is like Isaiah, John the Baptist and Martin Luther King – it is prophecy as proclamation. At other times is it quiet yet persistent. As a parish priest I was always waiting for the prophetic moment. The group would pray and talk – and occasionally I would hear myself saying, ‘did you hear what she just said – do you know why that is important’
Isaiah speaks of the green shoot to come from the stump – the burgeoning of new life from what appears to be dead – the new ruler on whom God’s spirit will rest – the vision of a reordered creation, predators lying down with their prey – a new Shalom
The reading from Romans is a testament to hope – anticipating a particular kind of future because of what has been said in the past. It’s about how we should live in harmony with one another – filled with all joy and peace in believing
And of course the Gospel Reading told us of John the Baptist – prophetically proclaiming a path for the coming of the Saviour. He too spoke out the truth of God – clarity to the point of harshness – to an unbelieving generation who had lost their roots in goodness, truth and integrity and needed to repent.
What is wonderful about prophecy is that it collapses the space between past and future and thereby gives us the hope which is the heart of Advent.

So what does prophecy speak forth now – in these edgy and transitional times – in times when we seem to have lost the ability to be at ease with one another – when we want to set up new boundaries on our acceptance of one another around issues of poverty, colour, sexuality, race. These are easy targets and you may be uncomfortable that I should mention them. Yet prophecy speaks of the dream, of God’s vision of a world which embraces peace, justice, love and above all hope.
That’s why Martin Luther King unwound me – a statement of faith-filled hope and hope-filled faith which defied evidence, probability and possibility. May that gift of hope be yours this Advent and beyond.