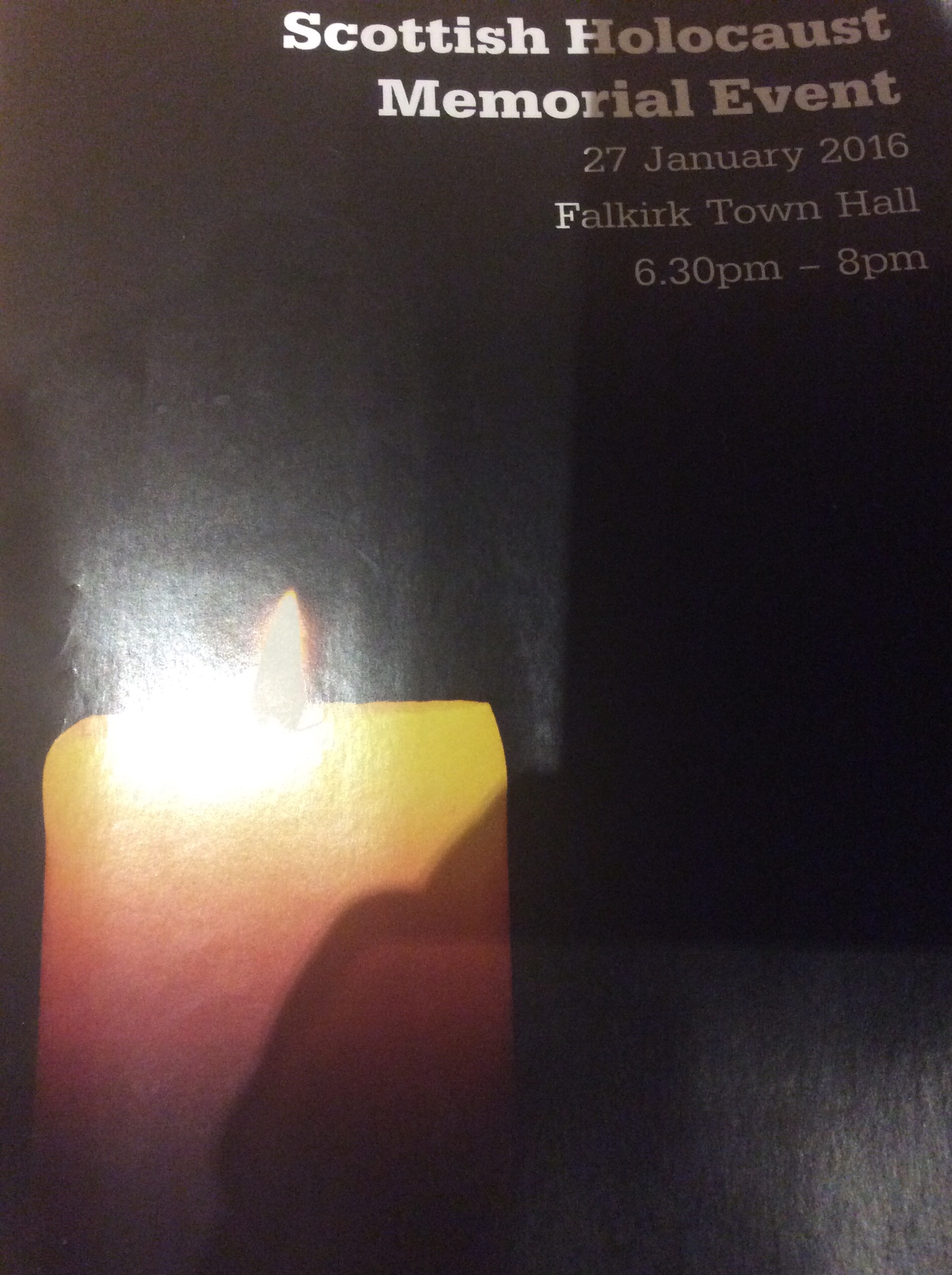 I’ve been at the Scottish Holocaust Memorial Event in Falkirk tonight.

It’s always a deeply impressive event – strong on the involvement of local schools.  It’s about the need to imprint something of the horror on the minds of young people so that some part of them is aware always of the potential of humankind for the most unimaginable horrors,

As time moves on, Holocaust Memorial Day is increasingly aware that the systematic attempt to exterminate the Jews of Europe is only the most obvious of the many which have followed – the many genocides of history,

I think about these things because I have lived in a place where, at its worst, religious or political identity was sometimes regarded as sufficient justification for killing.  But what I really hope that those young people will understand is that genocide is the logical end point of any movement which beings by identifying an ‘out’ group – a group on whom everything can be blamed – a group whose difference alone is justification sufficient for mockery and exclusion.