It was a difficult week – very difficult.  I’m working on some material for the church press and I need a little time to think and digest.

I did some Radio material – Radio 4 Sunday Programme tomorrow – and we have a ‘holding statement’ on the SEC website which says this:

“In advance of the Primates Meeting, there were many predictions of breakdown and of fracture in the life of the Anglican Communion. It is therefore encouraging that the Primates have agreed to ‘walk together’ and that a Task Group will be established to work on our ongoing relationships. “However that unity has come at some cost to the ability of the Communion to express the diversity which has always been a valued characteristic of the Anglican Way. The consequences which follow the decision of The Episcopal Church (in the United States) to change its Canon on marriage are a sign of that change. The Scottish Episcopal Church sees itself as a diverse church in a diverse Communion. It is important to us that we seek to sustain our unity as we continue to address issues of human sexuality in our General Synod. “Further consideration will be given to these matters by our Faith and Order Board and by the College of Bishops.” 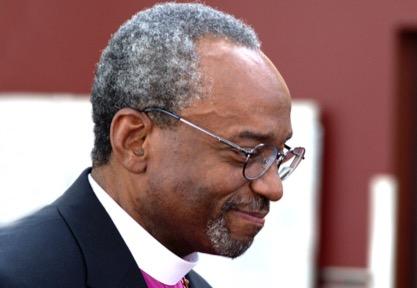 Meanwhile I am still reflecting on the extraordinary grace shown by the Presiding Bishop of The Episcopal Church in response to the ‘consequences’ which the meeting decided were an appropriate response to the actions of TEC.  I was greatly privileged to work closely with Bishop Michael all week.  From  the depths of his personal and family history of slavery, racism and exclusion, he drew this remarkable statement:

“I stand before you as your brother. I stand before you as a descendant of African slaves, stolen from their native land, enslaved in a bitter bondage, and then even after emancipation, segregated and excluded in church and society. And this conjures that up again, and brings pain. The pain for many will be real. But God is greater than anything. I love Jesus and I love the church. I am a Christian in the Anglican way. And like you, as we have said in this meeting, I am committed to ‘walking together’ with you as fellow Primates in the Anglican family.”

11 Responses to After the Primates Meeting #pisky #primates2016 #anglican