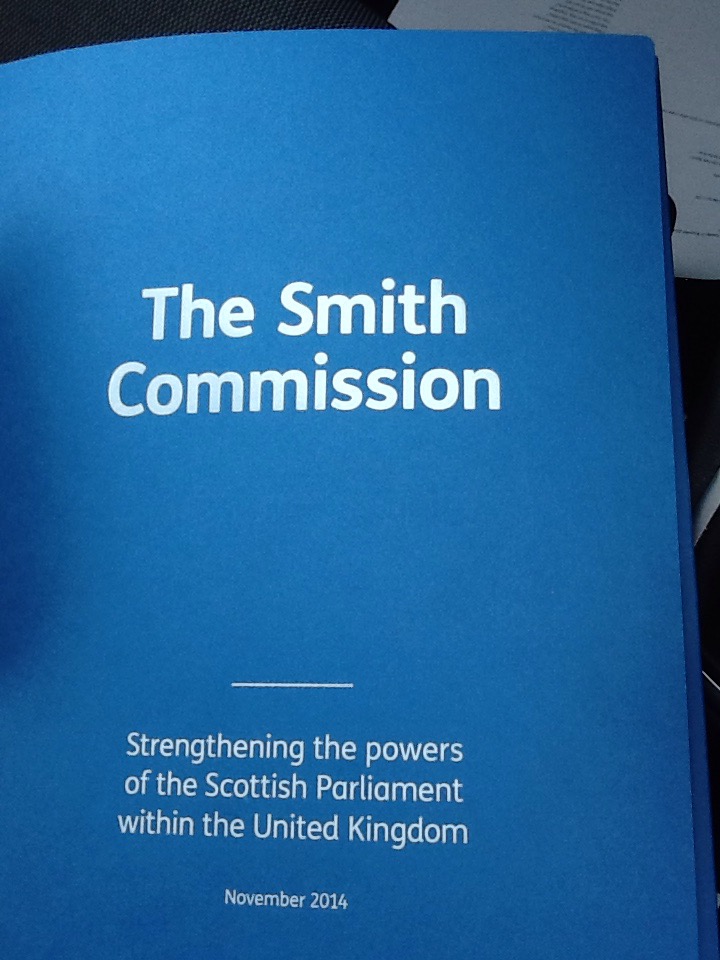 I’ve just been to the launch of the Report of the Smith Commission – setting out the agreement reached by Scotland’s political parties and politicians at Westminster on further devolution for the Scottish Parliament,

Why was I there? We were given the opportunity of making a submission to the Commission – which we did. It’s part of our commitment to being part of public discourse in Scotland. I was interested to find many representatives of the voluntary, social and community sectors also in attendance. So I was able to make some useful contacts.

And the outcome? It’s impressive that this agreement has been reached in five weeks. Where I come from they would still be arguing about the shape of the table. It’s a substantial agreement which will greatly enhance the status and authority of the Scottish Parliament.

Most impressive was the way the Scottish politicians spoke – warm tributes to Lord Smith of Kelvin and strong endorsement of the agreement reached. Yet they were not afraid also to say what they would have liked to see in the agreement and didn’t get.

That’s mature politics and to be celebrated.

3 Responses to Future of Scotland – the Smith Commission #pisky #Anglican