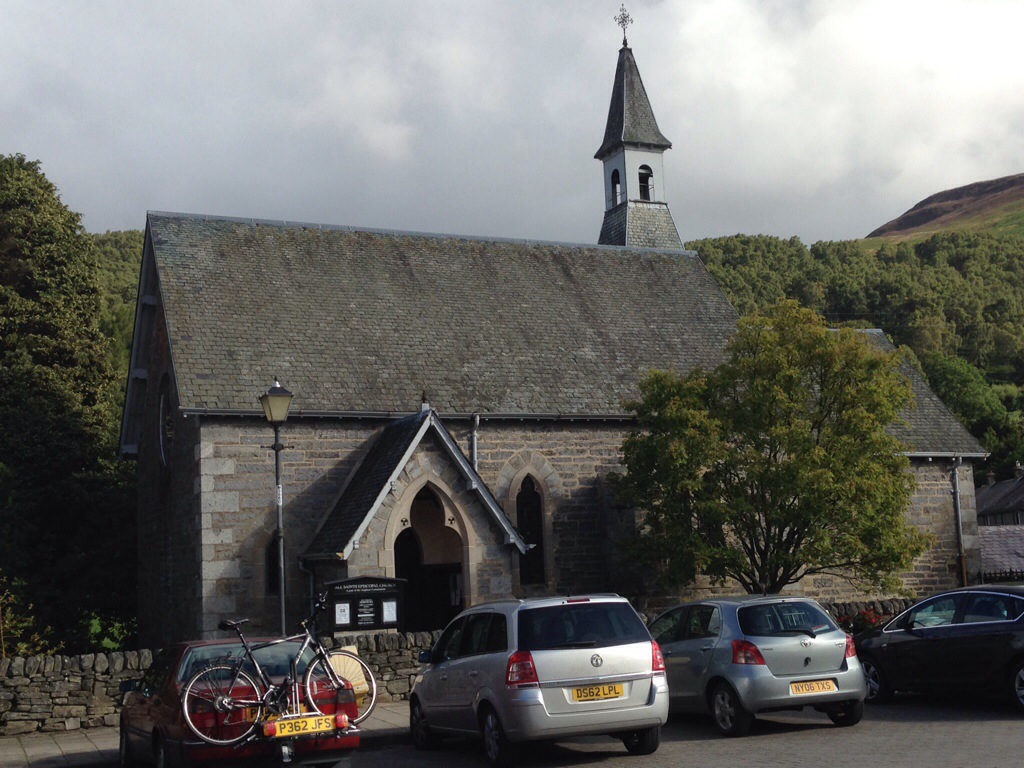 I was glad to be able to go to our church at All Saints, Kinloch Rannoch, yesterday for their 150th Anniversary celebration. The congregation may be small – but their faithfulness is in inverse proportion to their size.

I was particularly glad to be there for the announcement of the appointment of Rev Liz Baker as Rector of the enlarged Highland Perthshire Group – which will include Holy Trinity, Pitlochry, St Adamnan’s, Kilmaveonaig, St Andrew’s, Strathtay and All Saints, Kinloch Rannoch. We don’t in general ‘do’ large groupings – Pisky churches are far too independent-minded for that. But the recent reorganisation of our congregations along the A9 means that we have been able to move to two full time posts – the second is with the new Birnam-Stanley Grouping.

I took the opportunity of saying something about General MacDonald, whose Mausoleum awaits the raising of £20000 for its restoration. He build the church and his family went back to Jacobite times and were therefore intertwined with that period of the life of the Episcopal Church.

You can read about it here
http://www.perthshirediary.com/html/day0607.html

It lay in the bottom of the Loch for the best part of a century. It was then raised only to be dashed to pieces in a gale