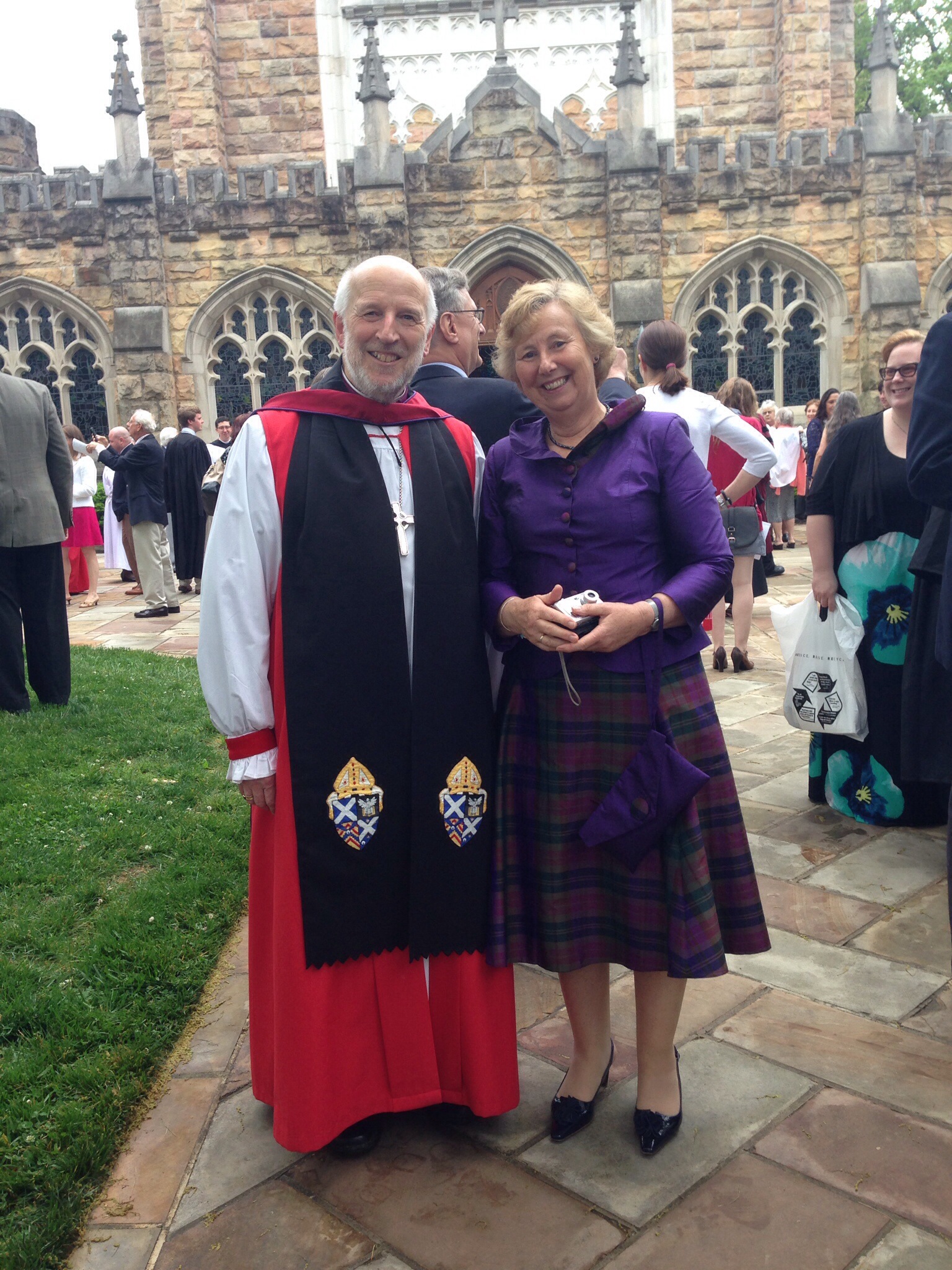 We’ve been having a good day at the Graduation Ceremonies at the University of the South. If the jet lag stays away, we’ll enjoy the dinner this evening. The links with Scotland remain as strong as ever. I spoke to a number of students who would like to come and have placements in Scotland.

I can’t get the sermon to upload into the blog on the IPad – but here is the first section of it for now:

I’m delighted to be here and I thank you warmly for the honour which you bestow on me today. The historic links between the Scottish Episcopal Church and The Episcopal Church here in the US are strong and deeply felt on both sides. I am Irish – born in the south and raised in the north – a member of the Church of Ireland. But Scotland is my adopted home and I am passionate about the distinctiveness of Scottish Episcopalianism. These are the small, Celtic churches of the British Isles – churches which are not established or state churches – churches which are deeply rooted but travel light.

If you don’t know about the links between the Episcopal Church and the Scottish Episcopal Church, here is a thumbnail sketch. If you go to many of our churches – I’m thinking now of our little church at Kilmaveonaig in Highland Perthshire near the village of Blair Atholl – you’ll find two pictures in the porch. One is of the baptism at Stonehaven Gaol. A mother holds her child up to the barred window of the gaol to be baptised by an Episcopalian Priest. It expresses the penal experience of the Scottish Episcopal Church following the failure of the Jacobite Rising of the 1740’s. The other is the consecration of Samuel Seabury as the first bishop of the Episcopal Church in the US in 1784. Seabury was consecrated by three Scottish Bishops following refusals by the bishops of the Church of England. Through those events, the future Anglican Communion was shaped as the group of provinces we see today – autonomous and independent. Yes we are bound together by history. No I don’t know whether Scotland will vote for independence in the coming Referendum