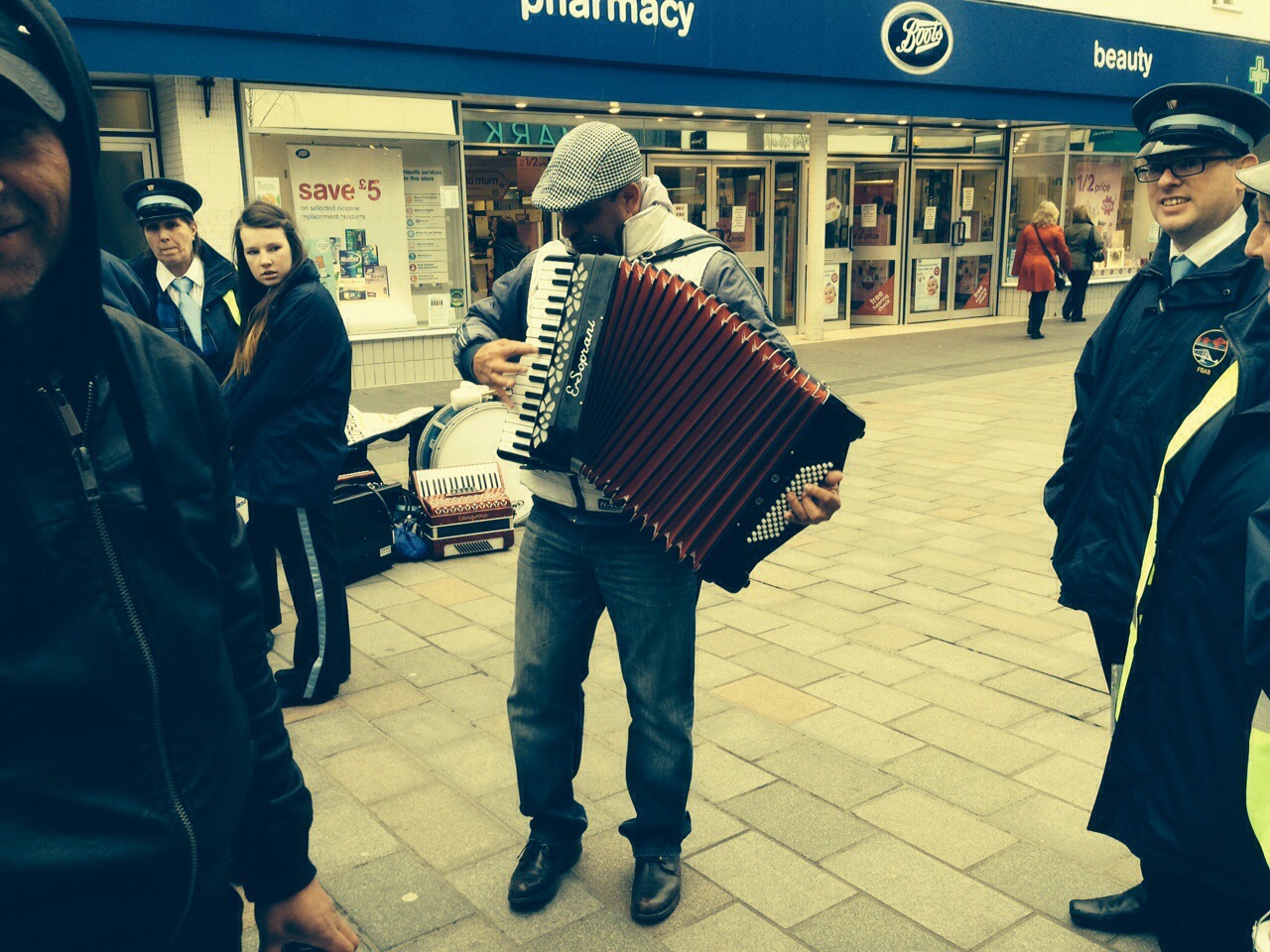 There was a remarkable jazz group in the centre of Perth this morning. I stopped for ten minutes to listen – the drummer was magical. They saw my interest – there was a cry of ‘Yo Padre’ and a salute as they went round again with ‘Hello Dolly’. I went over for a chat when they finished – they were from Barcelona, Portugal and, I suspect, anywhere else between there and North Africa.

John Knox would not have approved of such frivolity close to St John’s Kirk, heart of the Scottish Reformation. His heart might have been with the accordian band further up the street which was giving a rather sedate rendition of some hymns. But people are wonderful. Ten minutes later and the jazz group had infiltrated the accordian band – and High Street had become the Ramblas in the sunshine,

1 Response to On The Ramblas