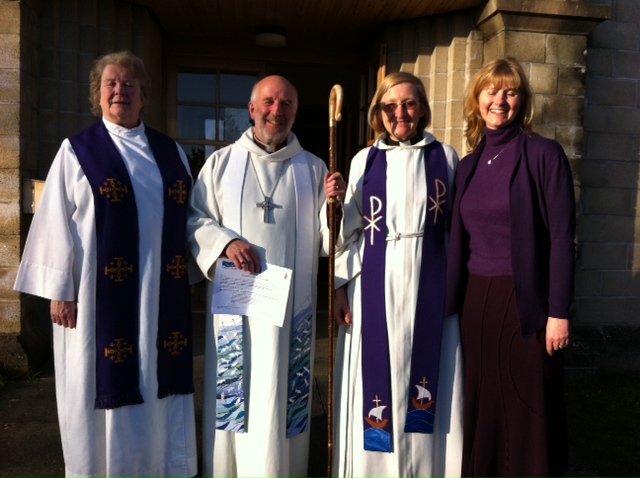 It’s good to be back. The Sunday morning drive has a particular ‘thing’ about it. Yesterday was the empty roads across towards Crieff – snow on the mountains – clear, still air with two hot air balloons hanging over the Ochils in the distance. Just in case you don’t know, we have advertisements in for Rectors in Dunblane and Kirkcaldy with St Andrews, St Andrews to come.

Our congregation in Crieff is full of remarkable people. They faced the challenge of buying a Rectory a few years ago – a big thing for them and the linked congregations at Comrie and Lochearnhead. But as sometimes happens, it seems as if one challenge faced became the beginning of progress in which others too could be addressed.

Yesterday marked the 25th Anniversary of the building of the new church in Crieff. We also launched the Mission Action Plan which whey have been working on as part of Casting the Net. We commissioned some Eucharistic Ministers. There was singing from a youth group called Potential. In short, all sorts of things happened. Best of all for me was the impromptu set of interviews which Revd Paddy Allen did at the beginning of the service – inviting people who had been part of the MAP process to say why it had been important for them. I’m always moved by the way in which people speak in moments like that – clear, straightforward and with great integrity. You can check out whether the sermon passed the same test