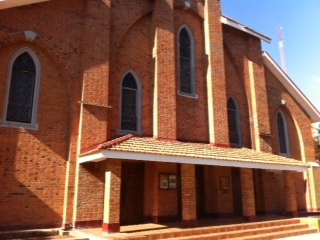 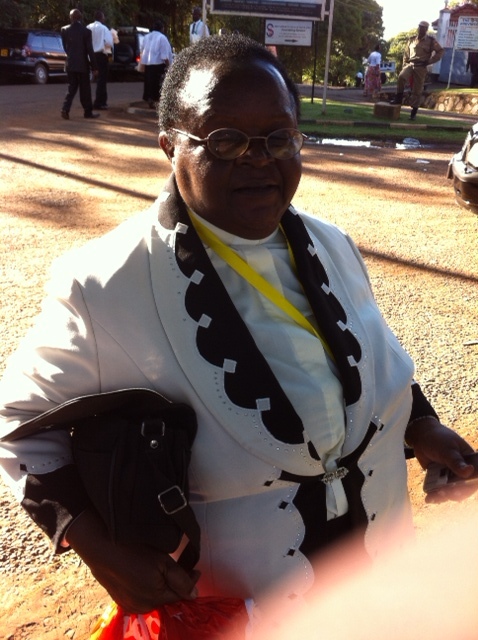 ‘You must let us through. The Primus of Scotland is on this bus!’. We were on our way to the Enthronement Service and the voice was that of Canon Janet Muhindo. I was being treated as an honoured guest and Janet was assigned to me as my Chaplain and ‘minder’. She is retired from her ministry as Children’s Worker for the Church of Uganda. We got on ‘like a house on fire’ apart from the constant ‘No I can’t let you carry my bag’ conversation’ – a problem which remained unresolved throughout my stay!

I sort of knew it would be different. ‘Canon Janet will meet you in the VIP Lounge at Entebbe Airport’. My normal form at Edinburgh Airport is to wave my bus pass at the 747 bus so that I can retrieve my car from the free parking at Ferrytoll. Here I found myself being treated as if I represented something significant. After making my way in secular Scotland, it came as a bit of a shock. I shall have to find a event at which I can appropriately wear the tee shirt with which I was presented. It bears the legend ‘Thank you for His Grace Henry Orombi’ 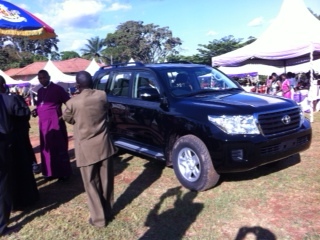 But of course there need to be checks and balances in everything. Having left my Polo behind in Scotland, I watched the new Archbishop being presented with a new car by the President. No doubt he needs something a bit more substantial and with more ground clearance than the Polo. But I did wonder about that ‘speaking truth to power’ thing.