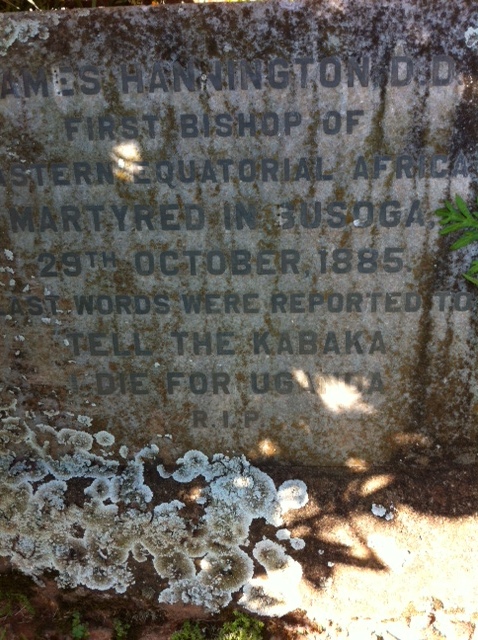 This is the grave of Bishop Hannington which lies just outside the west door of the Cathedral. In 1882 he heard of the murder of two missionaries on the shores of Lake Victoria and decided to offer himself for service. He and his companions were murdered in 1885 – among the first martyrs of the Ugandan Church. The tradition of missionary service which he embodied lives strongly in Uganda. 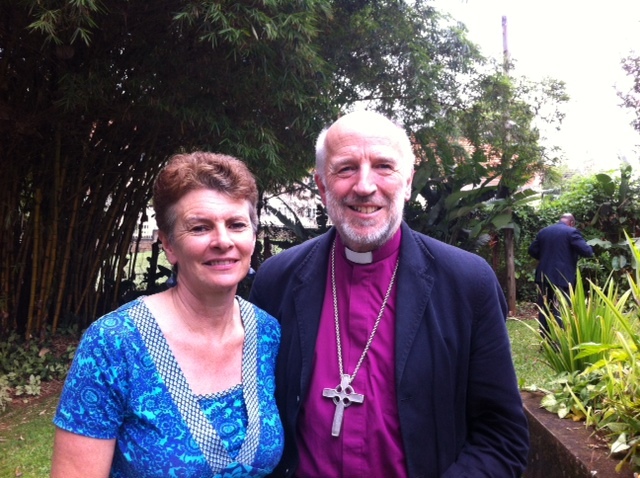 This is Isabel Booth-Clibborn whom I met the morning after I arrived. She carries a name famous in the missionary history of the Church of England – her late father, Stanley, was Bishop of Manchester, her mother Anne married Robin Boyd, a former missionary of the Presbyterian Church in Ireland in India. Robin was Best Man at my parents’ wedding and is godfather to my brother. You’ll find Anne and Robin at St John’s, Princes Street. 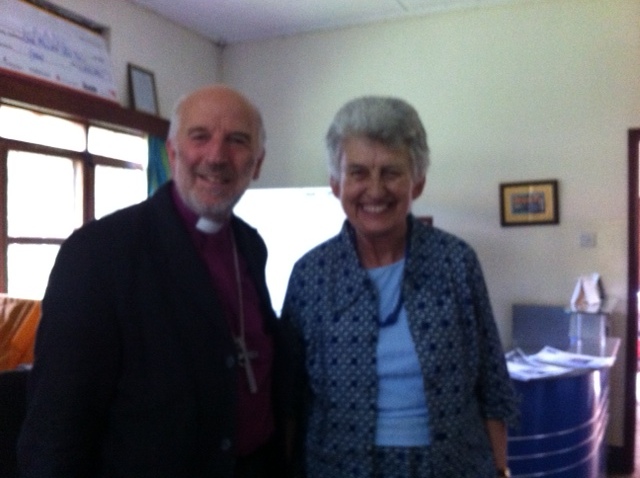 And this is Janet Trail who is a member of our congregation at North Berwick. She has given a lifetime of service to overseas mission and has been supported by our Provincial Overseas Committee.

Isabel gave me the opportunity of sharing in a meeting of.CMS Mission Partners with Philip Mountstephen, newly-appointed head of CMS in England. I thought they were a deeply-impressive group of people – gathering community, building schools and hospitals …. It was humbling to be with them