In the Public Square 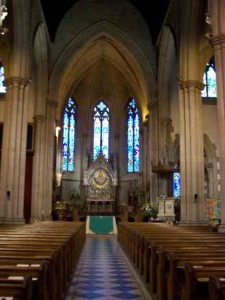 Today’s Consecration Service for our new Bishop of Brechin, Nigel Peyton, was something of a tour de force on the part of all at St Paul’s in Dundee – Provost Jeremy Auld and Pastoral Musician Stuart Muir in particular. But of course what is really interesting in these moments is when the meticulous planning creaks a bit under the pressure of events. So I was processing purposefully – full vestments and carrying the [extremely wobbly] Brechin crozier – from the City Chambers towards the Cathedral at the end of a very long procession. Somehow our bit of it got slowed up .. and got separated from the rest … and began to get confused with the people in costume promoting historic pageants at Stirling Castle .. and I found myself having a chat to the accompanying Police Officers and working the Saturday afternoon crowd on the pavements.

But we did get in eventually and a great ‘do’ it was. One of those moments when we do liturgy, colour and interwoven music as if our very lives depended on it. And as if we were a church several times larger than we actually are. 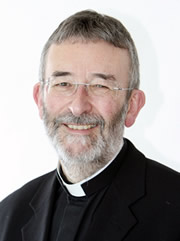 As I watched Nigel, I pondered the nature of episcopal ministry – seeing as what I am now the longest serving member of our College of Bishops. By coincidence, I found myself yesterday running a session in Edinburgh for people in church leadership yesterday. As you would expect, we talked about what Jesus’ picture of servant leadership meant to us and the conversation took a diaconal direction. We talked about our willingness to stack chairs and do the washing up along with everybody else. And then somebody broke free – and suggested that our ‘leadership as servants’ is really about being prepared to say the unsayable to people and to address the issues which nobody else will touch. I think that’s right. It’s by far the worst bit of the job but it’s probably the most important.

So I thought about Nigel – the early mornings and the late nights and all of that. But most of all I thought about those out of sight encounters where you begin, ‘I think I need to say to you …’ or ‘I know you may find this difficult but … ‘ May God go with you, my friend.